You are here: Home1 / Release Notes

The Analyzer Settings page now has two entries to determine the sensitivity of the pitch detection: Minimum Clarity and Minimum Intensity. The intensity is a threshold in dB. If the incoming audio is quieter than this, it is rejected, even if it has a valid pitch. The clarity threshold is a measure of confidence that the detected pitch is valid, regardless of the volume of the incoming audio. Together, these settings can filter out background noise when processing speech, and will work together to keep audio that contains a fundamental pitch that is loud and clear enough.

When using filters, the original, unfiltered spectrum is drawn as an outline: 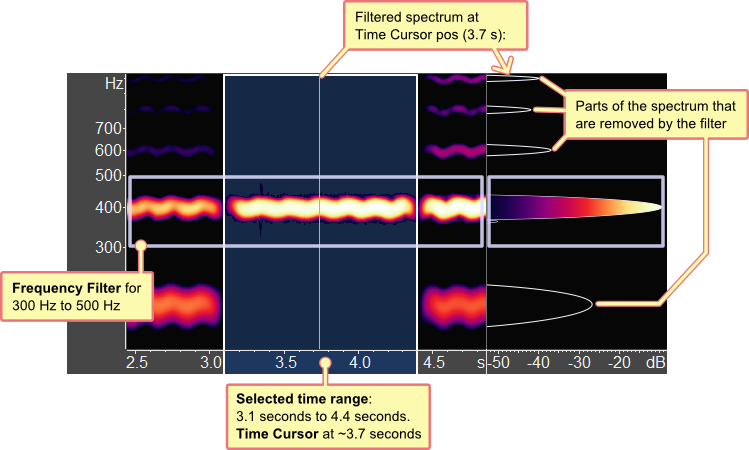 New versions can now be installed with the click of one button. This should make it more convenient to keep the software up to date.

This is a small service release with some bug fixes: 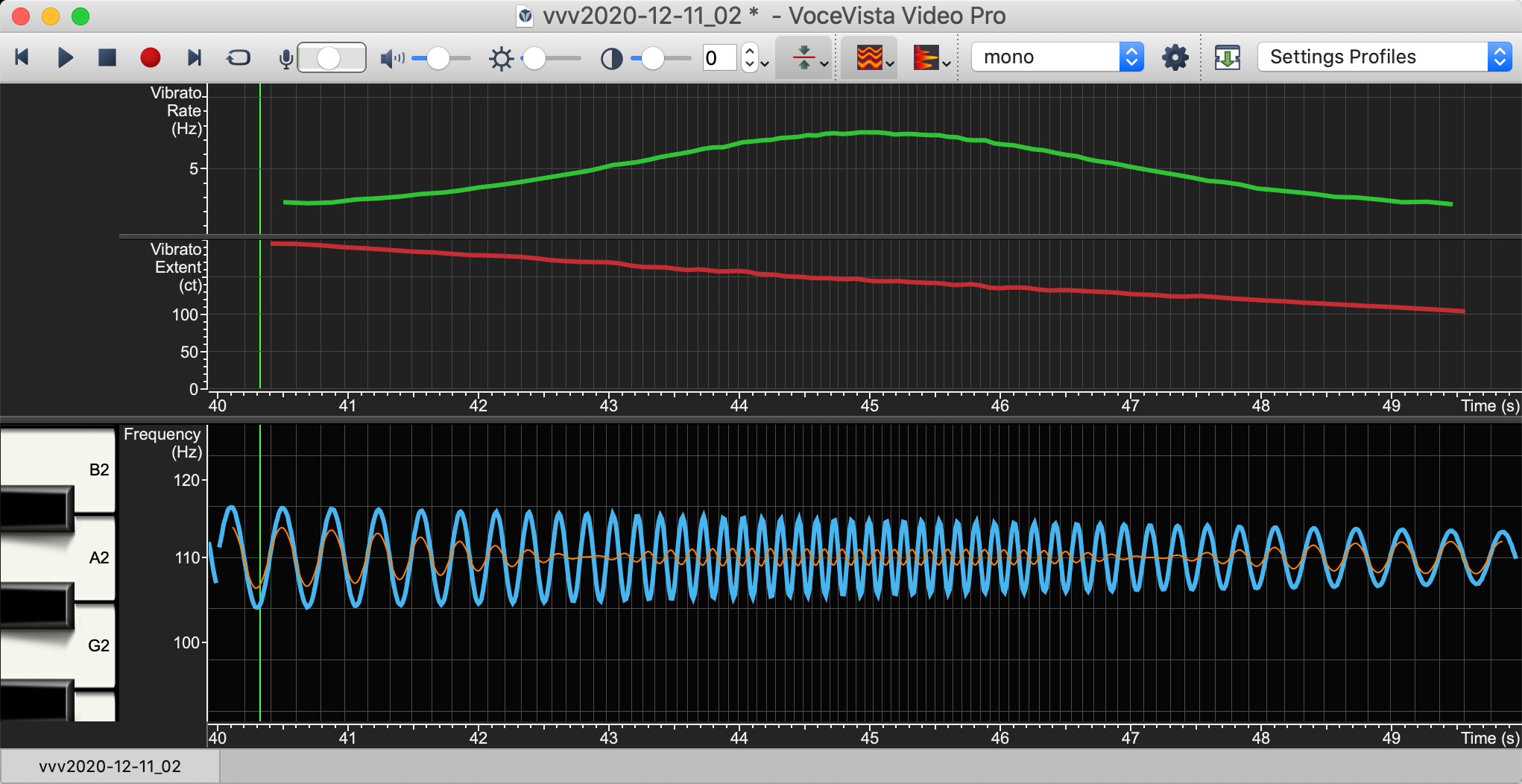 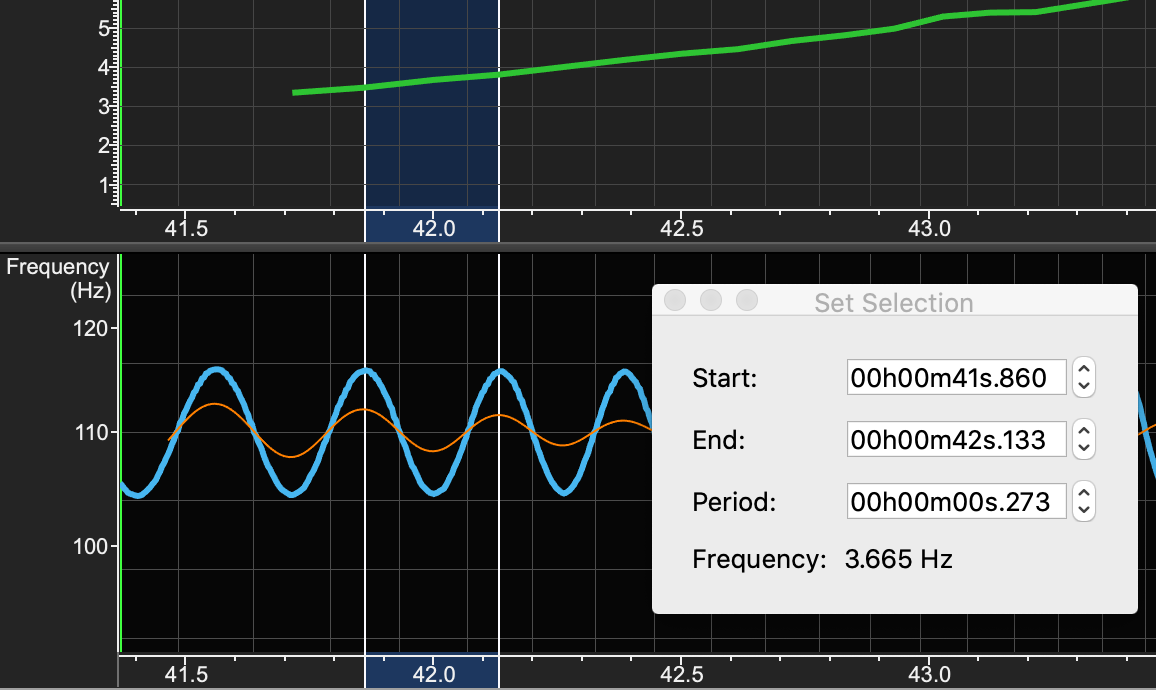 Also, on some specific Macbook Air models, the recording produces a distorted sound. If you experience this issue, please check out this page for a beta version and a fix.

This is mostly a service update to fully support macOS 10.15 Catalina.

This update brings many changes under the hood for improved stability and performance. The biggest new feature is the Sound Generator, which enables a large number of exercises and experiments for better understanding of acoustics and voice science. Check this space for upcoming tutorial videos.

This release contains a large number of bug fixes and performance improvements, as well as preparations for several exciting new features to come very soon. 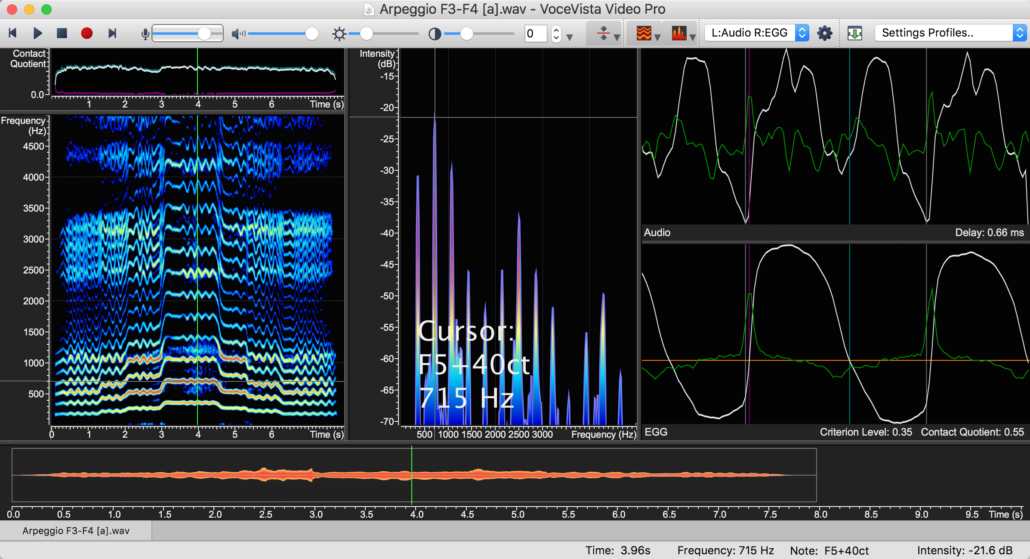 This update has taken much longer than originally planned because we had to change quite a lot of stuff under the hood to prepare the app to support the Electroglottograph (EGG) display. Most notably, all editions now have better support for stereo files and allow switching the displayed stereo channel on the fly.

This version also completes all features from Overtone Analyzer 4.0 that were still missing, such as the textual pitch and cursor info display on top of the spectrum.

This is a free update for all users of VoceVista Video / Overtone Analyzer 5.x. If you have a license for those programs, you can simply download the latest edition from our download page and install it over the old one.
To upgrade from the older Overtone Analyzer 4.0, please contact us for details about how to buy a renewal license.

Here are the individual changes:

There are a lot of fixes and improvements in this release, too many to list all of them. Here are some of the more important ones:

Version 5.0 was the first release of our software that was not only for PC but also for Mac. The 5.x product line had been in development for quite some time, and even though it still has some bugs and not all features from the 4.x line are completely ported, we felt that it was already useful, so we decided to release it instead of making everyone wait even longer for the Mac version.

5.0.2 continues to fix bugs and port features that were already in 4.0, and to make the app more compatible with the original VoceVista 3.

The biggest change in 5.0.2 is the new mouse cursor behavior.
In previous versions,

The new mouse mode is more similar to VoceVista 3 and should be more familiar to users of that software:

You can change the mouse cursor behavior back to the old way in the Advanced Settings.